Welcome back to our blog series on breaking down the moving timeline of events! In Part I of our ultimate timeline to moving, we covered the essential tasks to complete before moving day arrives, as well as when to complete them. Part II provided an in-depth look at all the things that need to happen on moving day and the subsequent timing of it all. In our third and final installment of the series, we will address all the timing things that need to happen once you’ve moved into your new home.

You’re moved in, now what?

There’s a reason moving is one of the top five stressful situations that a person can encounter. Moving is physically taxing and time-consuming — the amount of time it takes to pack everything, then to move, and then to unpack and put everything in its place is seemingly endless. When you’re trying to pack and move while having a job, family, or other commitments, it can be even harder to try to balance everything out.

Yet one of the major reasons that moving is so stressful is because of the emotional toll it can take. Home is symbolic of so many things, and for many of us, home represents comfort and security. The feeling of being uprooted can be disorienting, not to mention there can be difficulty in leaving a place that has been filled with so many of our memories. For so many of us, change in itself can be uncomfortable at best and practically debilitating at its worst. Moving is one of the greatest examples of change that exists.

Much of this change happens once we’re moved into our new place. Moving somewhere can mean new neighbors, new city (or state), new job, new school, literally everything has the potential to be new. For this reason, it’s important to know what you need to do once you’re moved in. This is not only from a logistical standpoint, but also because it’s important to take care of yourself along the way.

The Day of the Move

One of the most important things to do during this time is to find the balance between what absolutely needs to get done, and what you can reasonably handle. For example, if you arrive at your new place in the dead of night and/or just spent the last eight hours driving to get to your newest digs, it’s probably not the best idea to unpack the entire kitchen.

Some of the necessary things to unpack involve meeting our most basic survival needs, such as eating and sleeping. Put away any perishables you might have first and foremost, then move to bigger furniture like your bed. Make sure to get any shower and bathroom stuff established as well, because the last thing you’d want is to be dead tired and find yourself tearing through boxes in an attempt to find your toothbrush.

If you have tackled the essentials, start moving onto bigger furniture. This would be an excellent time to work with professional movers and packers — the wide array of moving services we offer includes unpacking, and even furniture assembly. Take on the bigger, heavier things first so that you don’t have to move them around later, plus you’ll probably be less inclined to move that bulky sectional by Hour 5 of unpacking.

Come back to the sentiment again and again that Rome wasn’t built in a day. If you have the time, the motivation, and the ability to get everything unpacked and settled on move-in day, go for it. This is especially true for anyone moving into a smaller apartment, or even a smaller home. But if you need some time to decompress, you should definitely make that a priority. Figure out what you can handle and make it happen. Moving is the opposite of a scrumptious ice cream cone — it doesn’t have to be finished in one sitting.

The Week After Move-In Day

Whereas move-in day is already a bit on the hectic side and not ideal for getting everything settled in, the week after is the time for you to start making this space into a home. Granted, if your new dining table is on backorder and you won’t get it for a couple weeks, you won’t be able to get everything done in a week, and that’s also OK. Do your best, however, to get settled in within the week, so you can move past the moving stage and into the part where you build your life into your surroundings. 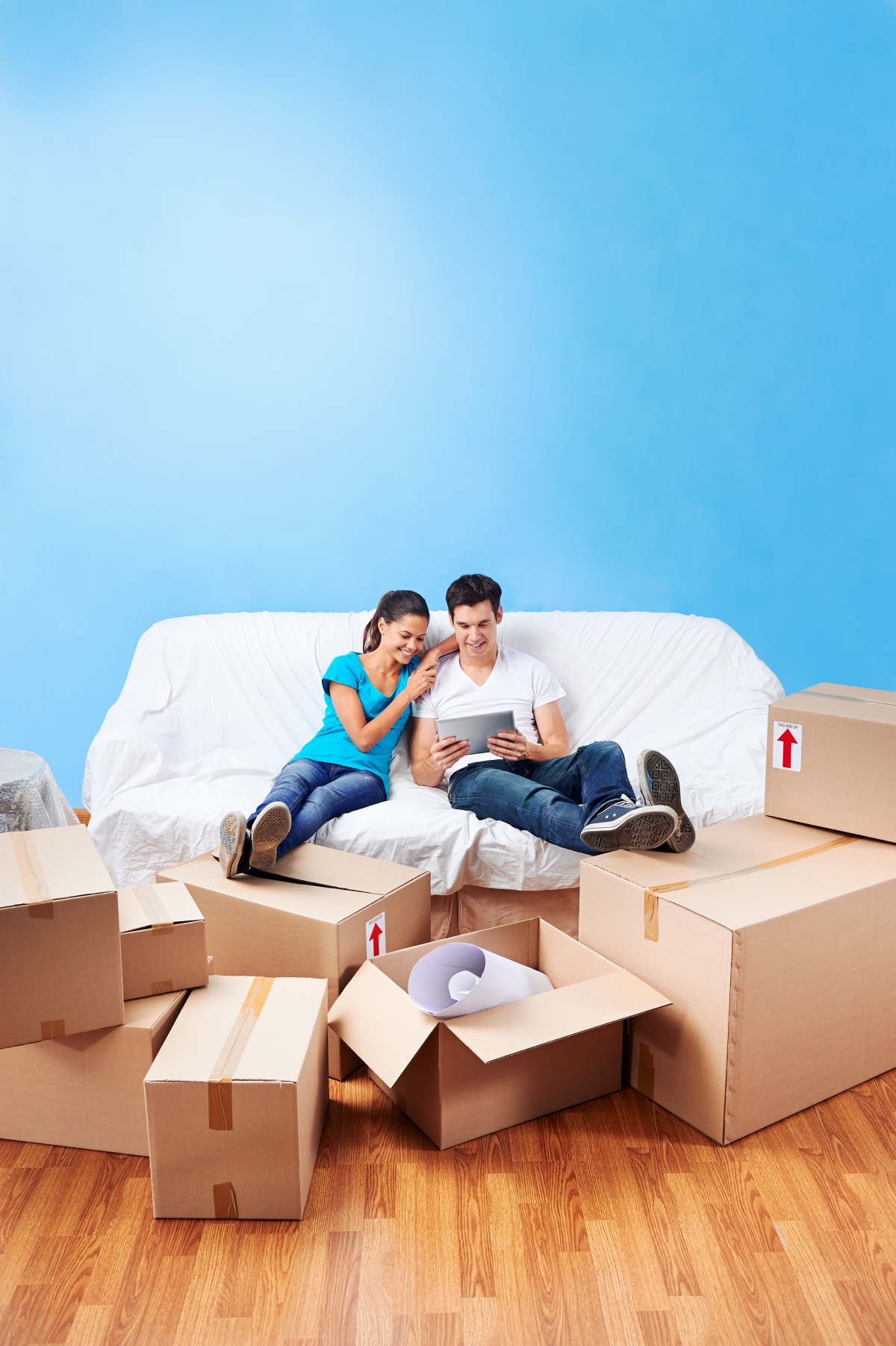 Many of us move because of a job opportunity. Hopefully you’ve had some time to get settled into your new place before starting at a new job, but regardless, it’s important to figure out and see the area that you’re living in.

Before your job starts, drive from your new place to work to see how long the commute takes (then remembering to factor in traffic when making the actual commute). Check out any sights you see along the way. The best thing to do is to just soak it all in for the time being, but if you really need something to focus on, be on the lookout for gas stations, grocery stores, and even just restaurants that look enticing that you know you’ll want to try. Who said driving to work can’t be fun?

If you have young ones gearing up to start at a new school, this can be a scary time of change for them. Walk, bike, or drive over to the school before they’ll be starting, and if possible, take some time to explore. Some schools might even give a tour if it’s around the start of the academic year, or at the very least, elementary school-aged kids will love getting a chance to play on the playground (as long as that’s fine with the school itself).

Make sure your kids are familiar with their new routine for arriving and dismissing from school. Will they be walking? Practice the walk with them at least once or twice as a family (even if you’ll still be walking them to school). Taking the bus? Figure out the bus schedules and practice where they’ll be getting picked up and dropped off. Driving them to and from school until a carpool gets figured out with other families? Drive over to the school like you would for a job, and time the distance as well. Show your kids where you want them to go for parent pick-up, and touch base with their teachers as well if needed.

The week after move-in is also the time to get some of those less-exciting things done. If you moved out of your city/neighborhood, look into setting up a new bank. In a new state? Go to the DMV as soon as you’re settled in to get your plates and driver’s license set up. As tedious as it is, it’s better to get it done with sooner rather than later.

Whether it’s eating tacos every Tuesday or washing our face before we brush our teeth, we all have routines that bring us a sort of comfort. These are equally as important to establish when moving to a new place, because they are vital to you getting your life back to normal.

Do you love getting your run on a couple times a week? Explore and find nearby trails or paths that you can rely on. If hitting the gym is more your style, find one and join it as soon as possible. Even trips to the grocery store are routine — find the store you’re going to want to visit on the regular. Before you know it, you’ll start sounding like a local, and feeling like one as well.

The Month After Moving In

This is the time for you to actively try and make this place your home, and so much of this boils down to making friendships and connections. Commit to joining a meet-up or some other group that allows you to meet people. If you’re religious, look into finding a church that can also provide you with some support during this transitory time. Join (or start!) some kind of team or league at work, such as a kickball team or running club. Whatever activities you did with your friends and loved ones while living in your old place, find a way to make that happen here.

One of the most important things to consider during this time is saying “yes” to whatever opportunities that come your way. Try out as much as possible to get a feel for your new location, and the apartment or house you’re living in will quickly start to once again feel like home.

Moving can be an extremely challenging and stressful time, but it doesn’t have to be. Call your local moving experts at Scott’s Oceana Moving today for premier moving services that will take the moving pains away. Again, we’re based out of Virginia Beach, and provide local and long-distance moves.